This is a guest submission by Linda Chapin.

Infertility has a number of potential causes, and so there are a range of treatments for infertility, here are the common ones

If a low count is found, the testicles will be examined to ensure that they are healthy and function normally. Common causes of impaired sperm production are distension of the scrotum sac or varicose veins on the scrotum. If there is a blockage, this can be treated by an operation.

The man can have an ejaculation normally without there being any sperm present which can be due to the sperm production not being performed normally due to disease, injury or abnormality of the testes. A specimen with no sperm is likely not to be improved through medication. If sperm is being produced by the testes but the ejaculation is the problem due to a blockage, this can be overcome through IVF treatment.

If an egg is not being produced

Estimating your due date for Pregnancy 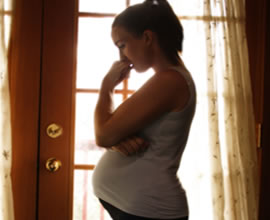 Early Pregnancy Symptoms – Am I Pregnant?